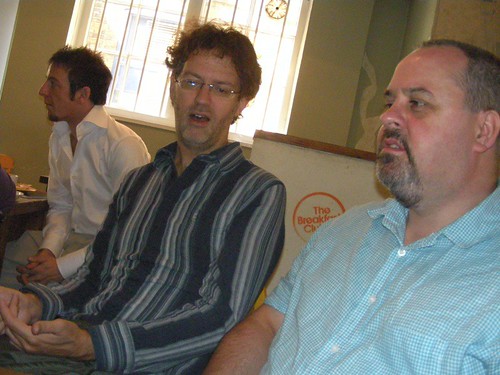 Brunch Bites 1.0, the first “salon” style event from Bites Media (the new mini-network of digital business blogs: tbites, mediabites, mobbites, musicbites) went very well today. In attendance were a wide variety of people drawn from digital media, marketing, mobile, music and the startup world of Web 2.0. These included Luke Razzell who is currently developing a Facebook application called Blog Friends; Walid Al Saqqaf, co-founder of TrustedPlaces; David Jennings, author of a book about to be published on social media and music (which I’ll review soon); mobile guru Helen Keegan of Beepmarketing; Thayer Driver from Chinwag; a new startup still in stealth mode; Anthony Goh, advertising strategist; Lloyd Davis; and serial Internet entrepreneur Steve Bowbrick, who I described as the Grande Dame of the UK internet industry. (I was trying to be reverential but it came out wrong!) Look out for the next Brunch Bites on August 29 (venue to be announced) or join the Facebook group or keeping an eye on bitesmedia.com / mbites.com. There are some photos on Flickr already (thanks Thayer! and here are mine) which make me look – entirely incorrectly – like I was holding court, but which were taken during the two minutes when I just outlined what the event was about an introduced people to each other. Honest! 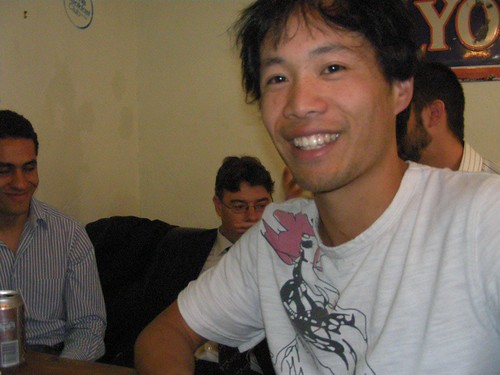