Odeo’s Evan Williams and the Craigslist guys speak in Oxford 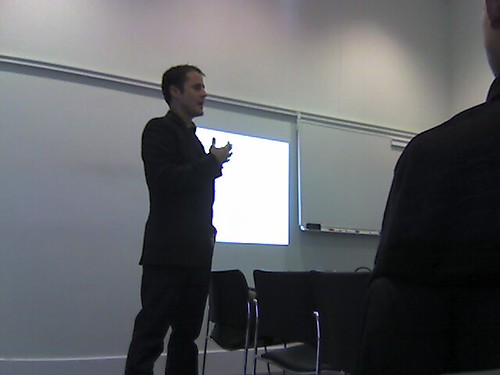 I would have blogged “live” from “Silicon Valley Comes to Oxford 2005” at the Said Business School in Oxfrod, but, incredibly enough for a school jam packed full of eager young MBA students who want to be the next Google/Flickr/etc, there is NO Wi-Fi. You have to jack in via Ethernet. Apparently they don’t want their students to be building the next Napster during lectures.

I did manage to take some notes at Evan Williams presentation on what Odeo is all about. But was then told is was “all off the record.” Ah.

So I’m going to have to go through my notes and work out what can reasonably be gleaned. Although he did mention something called Twitter. Anyone wanting to know the rest is going to have to buy me several pints…

Luckily, what Craig Newmark and Jim Buckmaster from Criagslist said
was all ON the record – including the jokes – so tune in for that later. 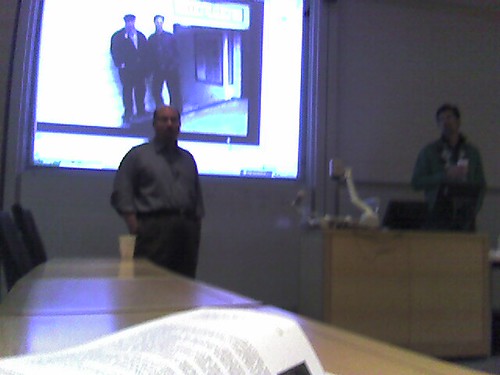