I met Steve Jobs once 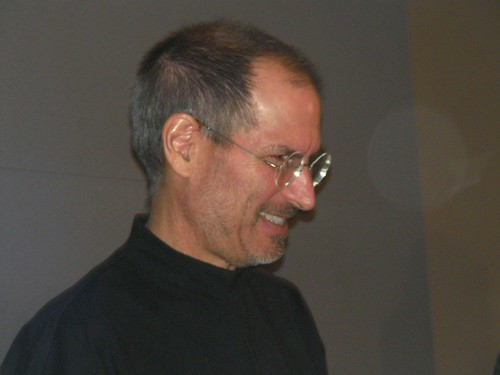 I met Steve Jobs once. It was at the launch of the iPhone in the UK in September 2007 (here are my pictures from that day). It was a busy day. A few weeks before there had been a frenzy after the launch in the US. Days after the UK launch I was covering people sleeping outside the store on Regent Street. The iPhone had changed everything. But on that day Jobs walked on stage and did a brief presentation in front of the press and then took questions. I remember being annoyed that Apple PR had shut off the WiFi so we couldn’t live blog! But afterwards Jobs took a tonne of questions and was very open with the press. He was great. Afterwards I though “Shit, when will I ever meet Steve Jobs again?!” so after the press conference I walked up and put out my hand to shake his hand. Heck, I’d met Steve Wozniak (who’d tried in vain to sign my MacBook with a laser pen!), why not Steve? I said “I just wanted to say thank you for making such great things.” I tad glib I guess. But he took it in his stride and shook my hand. His hand shake was firm but light. He smiled. RIP Steve.