So yesterday I did a fundraising stunt for Red Nose Day / Comic Relief. In order to confirm the widely-held belief that most bloggers blog in their pyjamas, I tried to blog on Waterloo Bridge in said pyjamas. In Winter. It was cold, I can tell you.

So far I’ve raised a pretty decent £785, just by asking for donations on my Twitter account. You can still sponsor me here. Here are a few images and video from the stunt via Anna Bosworth and my own pics/video. It was fun. Even a few people turned up, including the person who put me up to this madness, Amanda Rose. I’d recommend anyone do something like that for Red Nose Day. Comic Relief’s interest in Malaria is also close to my heart as my Dad (Dr Geoff Butcher) has been a scientific researcher, working in Malaria almost all his life. 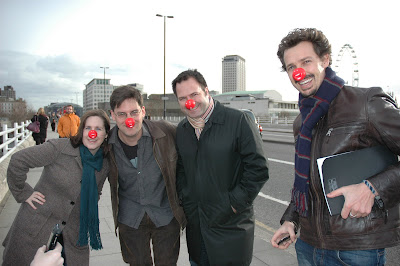 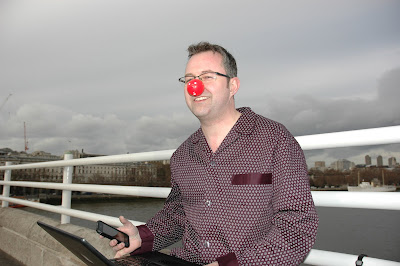